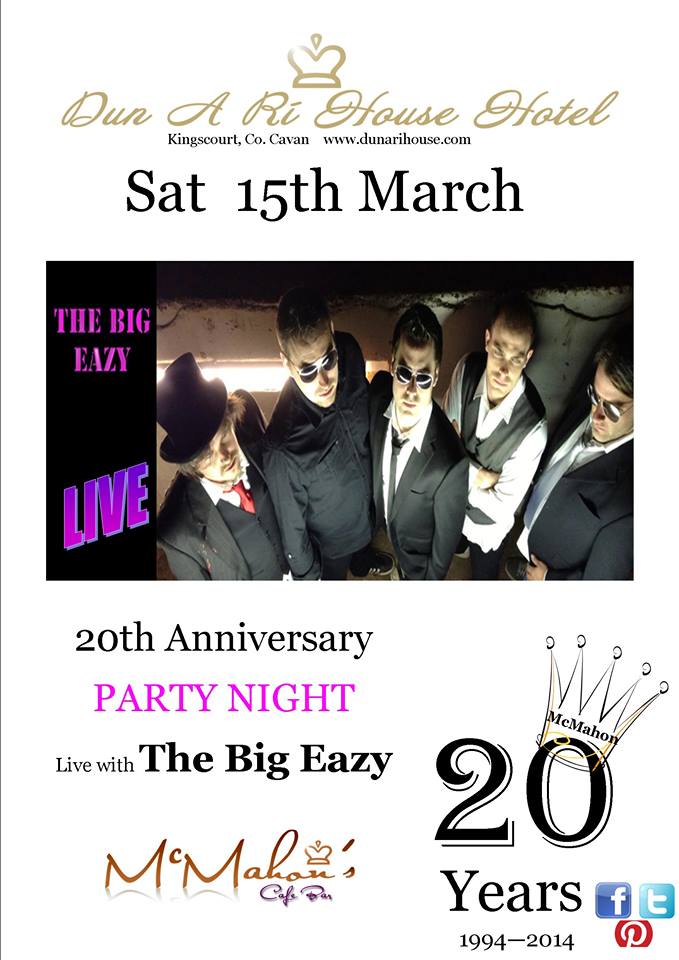 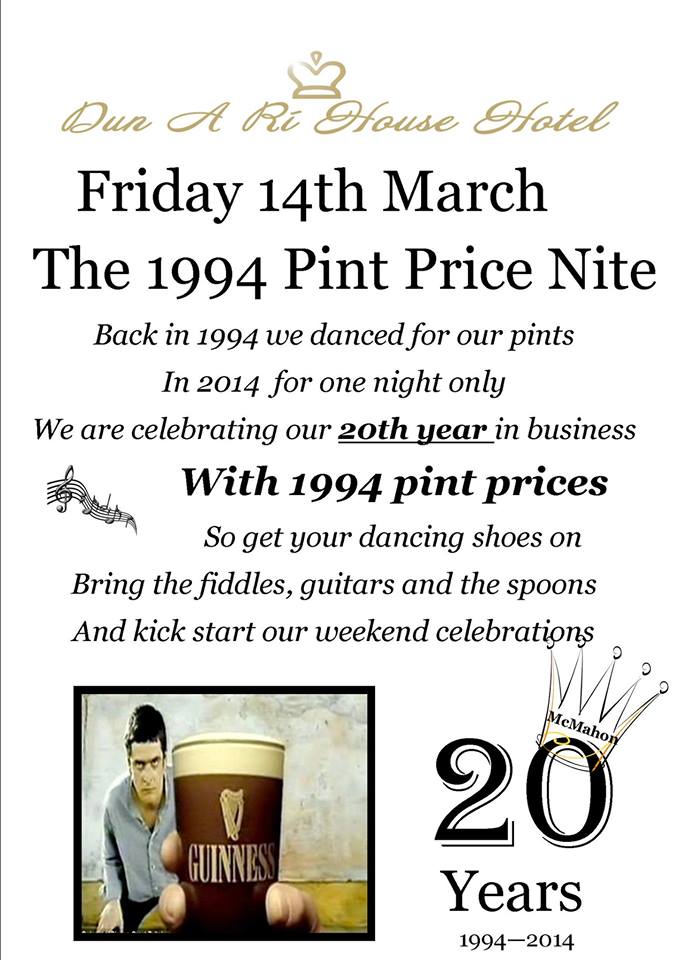 There is a chance to win a €50 voucher to be used in Dun a Ri House Hotel Kingscourt, Co. Cavan on the weekend of our 20th Anniversary.

Like & Share the image and be in with a chance to win.  Winner will be announced on Friday March 7th. 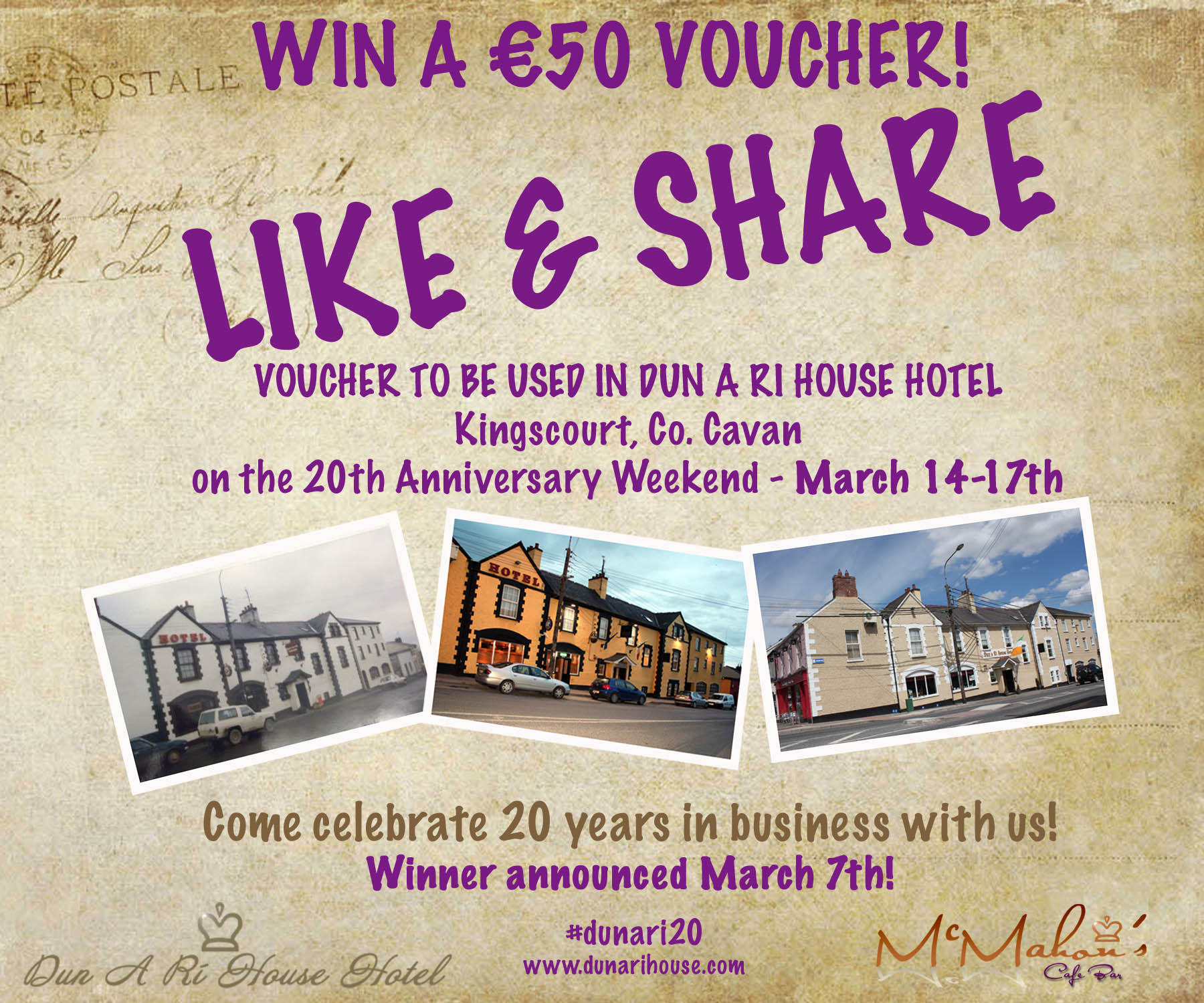 The McMahon Family will be celebrating 20 years in business in Dun a Ri House Hotel the weekend of March 14th-17th. We opened our doors to the public on March 15th, 1994.

The McMahon Family would like to thank everyone who crossed over the threshold over the last 20 years. There were so many chats, laughs, tears, singsongs, lost jackets, bags & phones …but mostly some Great memories!  Thank you! 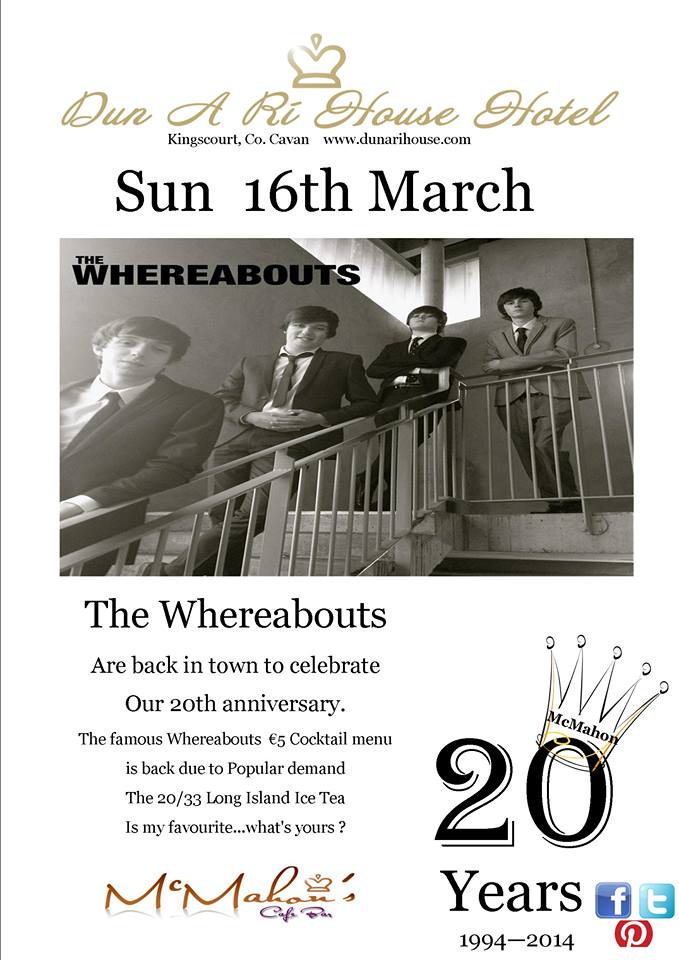 It’s that time of year again….take the kids in Big and small to Dun A Ri House Hotel Christmas Village. The village display is in the hotel reception until the New Year.  Donations appreciated towards the Mater Foundation Heart and Lung Unit.

Oh to be in Dun-a-Ri for your Christmas Party.

Looking for something to do in Kingscourt Co. Cavan on the October Bank Holiday weekend? Dress up in your best Halloween costume and head down to McMahon’s Cafe Bar and Ozone Nightclub on Sat October 26th and Sunday October 27th.
Live music playing in McMahon’s Cafe Bar:
Saturday Oct 26th: MP3
Sunday Oct 27th: Audio Bomb

Free entrance to Ozone on both nights.
Prizes for best Halloween costume. 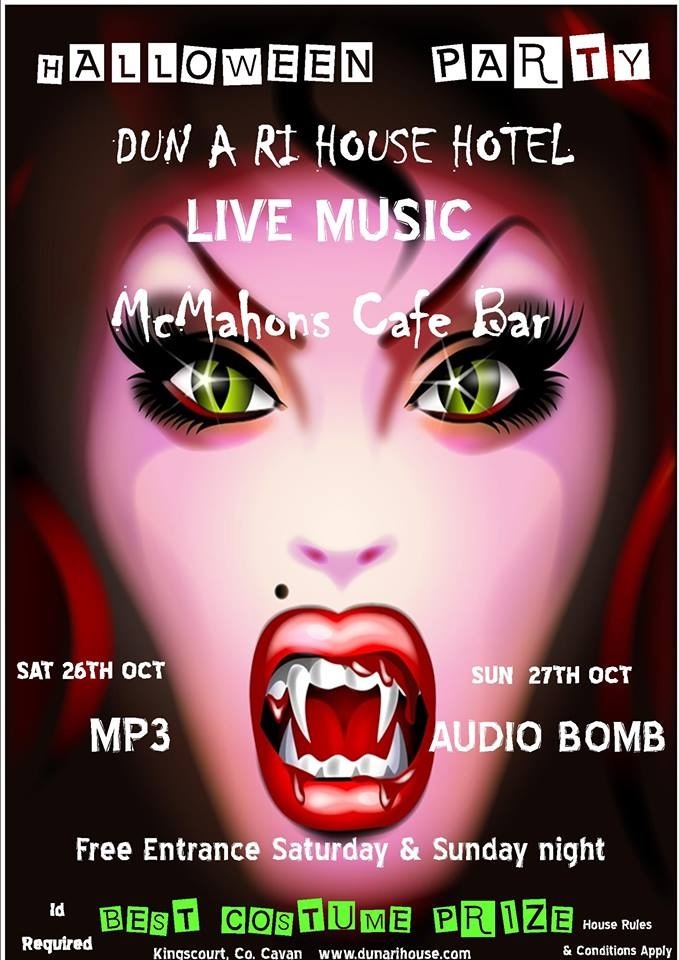 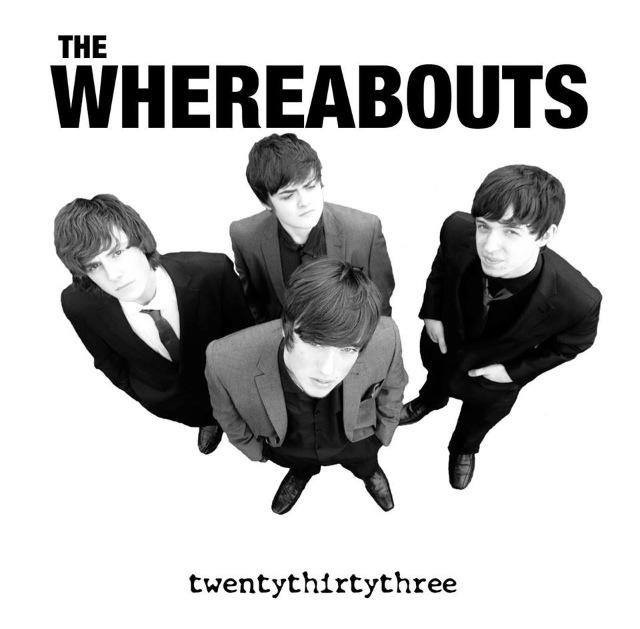 The Whereabouts are a Kingscourt based Blues/Rock Band. Playing music in the style of The Beatles, to Bo Diddley. They have just recorded their first six track EP and Music Video. If you go in to twentythirtythree on you tube. You can see them perform one of their songs. Their launch night is on Sat 28 Sept here in McMahon’s Cafe Bar .Everyone is welcome. No cover charge.

It was here at McMahon’s Cafe Bar in Kingscourt Co. Cavan that ‘The Whereabouts’ won a recent Open Mic Competition. We wish them the very best of luck with their EP Launch on Sept 28th! 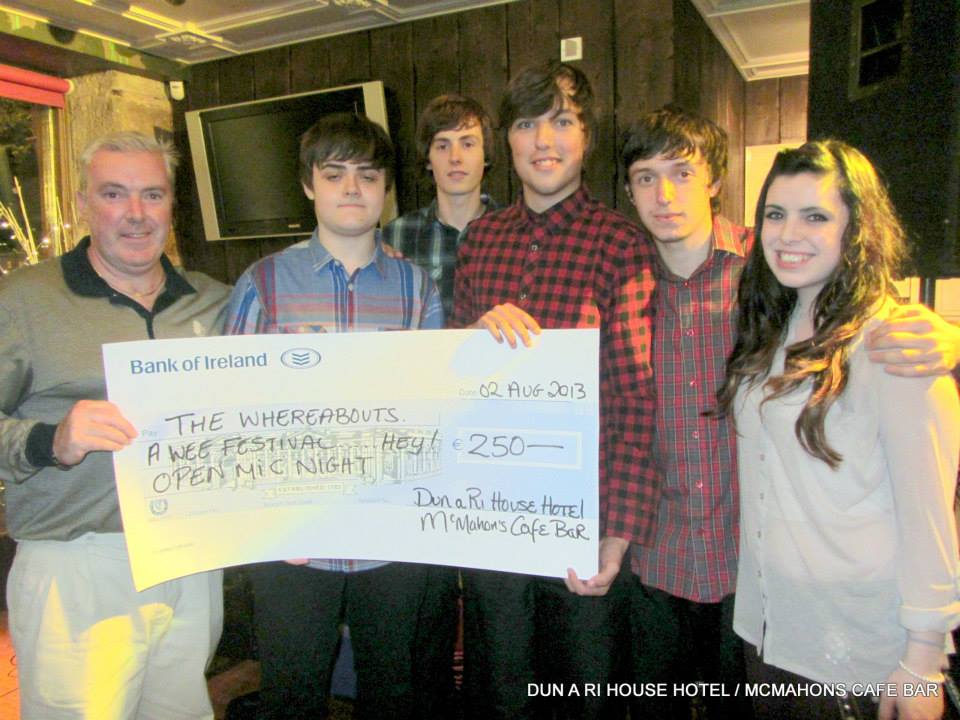 The University of Central Florida (UCF) and Penn State will play their season opening game of the college football season in Croke Park, Dublin August 30th 2014 (known as the Croke Park Classic 2014).  Thousands of American Football fans are expected to travel to Ireland for the game.  It will be the first time that the teams have played outside the United States.  It will kick off at 1:30pm in Dublin and will be televised by ESPN2.

Dun a Ri House Hotel will be offering package deals for those traveling independently to Ireland for the game (which will be bookable online in September 2013). In the meantime you can call us directly at +353-42-9668091 to express interest in any accommodation in advance of online sales.

Getting to Kingscourt
Kingscourt is about 95KM from Dublin City Centre and the closest International Airport would be Dublin Airport which is 86KM away. It is easy accesible from the M1 Motorway and takes just over 1 hour via road.

The closest train station would be in Dundalk, Co. louth and that is 40KM away. Train timetables can be access from the Irish Rail website.

About Kingscourt
Kingscourt (Irish: Dun A Rí) is a busy market town in County Cavan. The town was founded near the site of the old village of Cabra, by Mervyn Pratt esq., towards the end of the 18th century.

Dun a Ri Forest Park & Kingscourt Co. Cavan as shown on UTV’s Lesser Spotted Ulster in December 2012. About 5 mins into Part 1, you will spot McMahon’s Cafe Bar and Dun a Ri House Hotel.